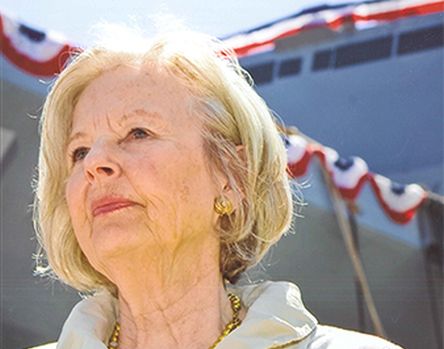 Joyce Rumsfeld was born in Billings, Montana and after moving to Fargo, ND, Minneapolis, MN, and Milwaukee, WI, she ended up in the Chicago area. She graduated from New Trier High School where she and her late husband, Don Rumsfeld, were classmates, and later received a B.A. in Art History from the University of Colorado in 1954.

Mrs. Rumsfeld was the founder of the Chicago Foundation for Education (CFE) in 1985 and served as Chairman of its Board of Directors for thirteen years. The Foundation is dedicated to improving the education of children in Chicago public elementary schools.  In the last 30 years, CFE has invested more than 6.5 million dollars in the Chicago Public Schools, impacting nearly 30,000 teachers and more than 1 million students. Mrs. Rumsfeld has served on the Big Shoulders Program at the Archdiocese of Chicago, the National Advisory Council of Character Education Partnership, Inc., and the U.S. Department of Education's Fund for Improvement of Post-Secondary Education. She also served on the Board of Visitors and Governors at St. John's College for 12 years.

In honor of her work with members of the U.S. military and their families, on December 15, 2006, Mrs. Rumsfeld was awarded the DoD's Distinguished Public Service Award.

Joyce resides in New Mexico where she enjoys spending time with her three children, seven grandchildren, and three great-grandchildren.