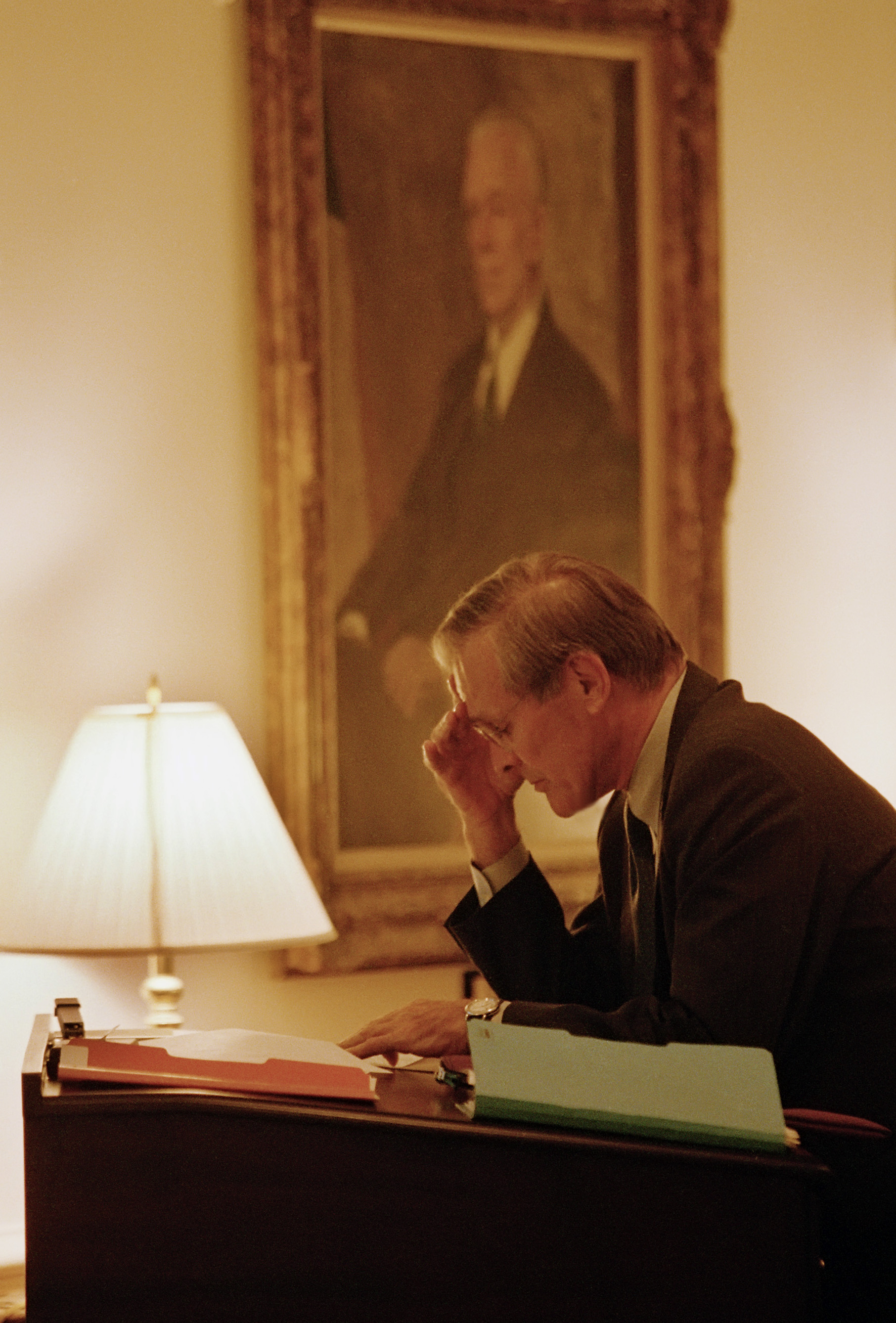 A man whose lifetime of public service began as a Naval aviator, Donald Rumsfeld died on June 29th at the age of 88, surrounded by family at his home in Taos, New Mexico.

Rumsfeld was a three-term Illinois congressman and served four U.S. presidents with multiple cabinet and senior postings, including U.S. Ambassador to NATO and White House Chief of Staff to President Gerald R. Ford.

His leadership spanned both the private and public sectors. As a CEO, Rumsfeld led the turnaround of companies such as G.D. Searle and General Instrument. As Secretary of Defense during the height of the Cold War and then again during the 9/11 terrorist attacks, Rumsfeld led the reorganization of the U.S. military to face the threats of the 21st century.

Following his government service, he devoted himself to philanthropy through the Rumsfeld Foundation, encouraging leadership, public service and free political and economic systems. He became a bestselling author and developed the Churchill Solitaire app.

He enjoyed spending time with family and friends in New Mexico and cherished the company of his beloved wife, Joyce, his three children, seven grandchildren, and three great-grandchildren.

“DR,” as he was affectionately known by friends and those who worked with him over the years, will be remembered for his sense of humor, energy, optimism, integrity, and the competitive mindset of an All-Navy wrestler.

It was Adlai Stevenson who delivered one of his favorite speeches, reminding Rumsfeld’s graduating Princeton University class of 1954 that “Patriotism is not short, frenzied outbursts of emotion, but the tranquil and steady dedication of a lifetime.”

Donald Rumsfeld was a singular example of that lifelong dedication to country.