I found the 2019 Graduate Fellowship Conference to be an edifying and enjoyable experience. It was not only a great opportunity to listen to speakers that held a wealth of experience in their fields, which ranged from defense, intelligence, business, public affairs and media, but it was also an opportunity to interact with the many Rumsfeld Fellows who could also share their wealth of experience and knowledge. Of particular interest, this year, for the first time, the Foundation paired up with the RAND Corporation to host a wargame for the Fellows. 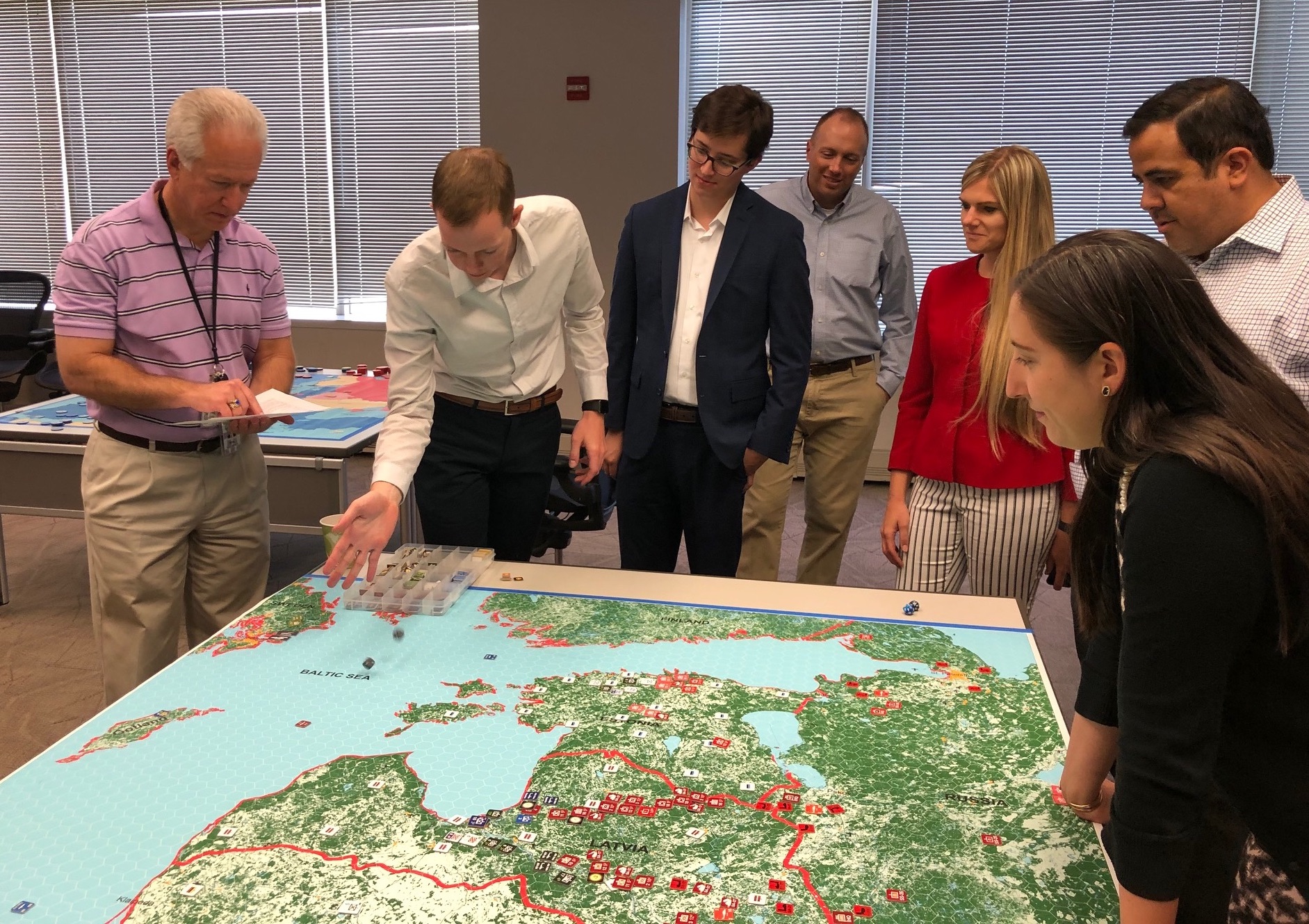 The wargame was focused on the scenario of a Russian invasion of the Baltics. The Red Team was Russia and the Blue Team was the U.S. leading the NATO alliance. The initial situation presented to the group was the mobilization and positioning of Russian units along the Russian-Baltic border. As a member of the Red Team, my teammates and I quickly realized the significant advantages Russia had in this scenario. Russia was able to move very rapidly into the Baltics and was able to reach the Baltic capitals, (Tallinn, Estonia; Riga, Latvia; Vilnius, Lithuania), in less than two days. We also found friends to our south in Belarus whom we could rely on for early warnings of any NATO movement out of Poland. Our team decided to utilize the geography of the land to our advantage and simultaneously invade Estonia and Latvia, using the Daugava River in Latvia as an obstacle for any NATO units attempting to move their ground forces into the Baltics through Poland.

Some of the quickly-realized disadvantages of the Blue Team included their lack of military presence in the Baltic region, the reluctance of certain NATO allies to engage militarily, and NATO’s misleading rapid-response capabilities. Not only were the Baltic countries’ defenses negligible, allowing for an efficient and deliberate invasion by Russia, but NATO allies such as Germany and Poland were hesitant to use military force early on and, therefore, postponed much of the decision-making that needed to happen immediately for NATO to mobilize at its fastest possible rate. The U.S. forces carried most of the burden and were able to get ground troops to Warsaw rather quickly. However, once in Warsaw, they would need to get themselves and all of their equipment to Latvia which would take at least a day or two. (Which would be plenty of time for Russia to get to the Estonian and Latvian capitals). 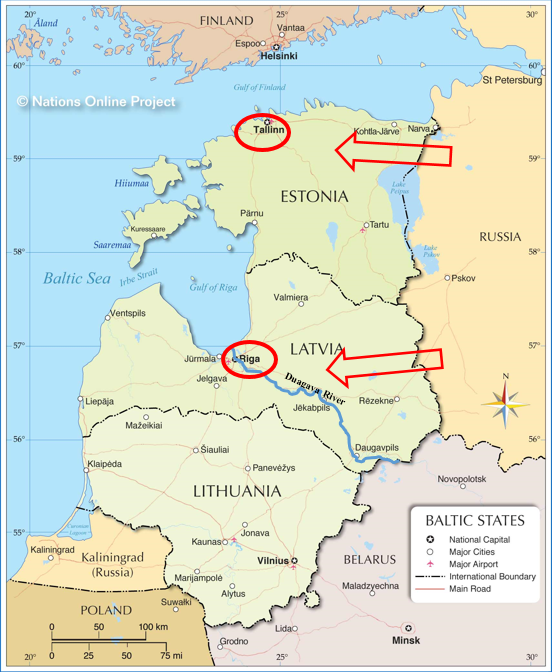 Another delaying factor on the side of the Blue Team was the misinterpretation of Russia’s ultimate goal, giving Russia the advantage of unpredictability. On the Red Team, our objective was to undermine the validity of NATO by showing the world that the NATO allies such as Germany and Poland would not quickly or automatically jump to defend each other against a Russian invasion. Our second objective as the Red Team, was to leverage the held capitals for a more significant geostrategic tradeoff. We knew we would not be able to hold these capitals for extended periods of time; especially once NATO was fully mobilized. However, in the first week we were able to take the Estonian and Latvian capitals before any serious damage could be done to Russian ground forces. And, although Russia would not be able to permanently hold these capitals, it would have to be a very painful decision on the part of Estonia and Latvia to allow NATO air support to bomb their capitals. This is something they would most likely prefer to negotiate out of rather than destroy their own cities and infrastructure.

The game provided us with some interesting insights into the current and potential situations challenging the NATO alliance as well as Russian aggression. We were able to discuss tactical, operational and strategic levels of war all while learning the nuances of the geography, the weapons systems available to us and the diplomatic process. The game covered the actions and reactions of the actors impacted by the initial invasion in order to show our group how fast everything would actually move in this scenario with emphasis on the fact that things would likely move much faster than NATO and U.S. forces are actually prepared for. Another neat aspect of this particular wargame was that the maps we used allowed us to visualize the time of transport for ground units as well as air support. This aspect greatly contributed to the group’s understanding of the importance of timing, distance and maneuverability over rough terrain. The game also included the roll of dice which allowed for the inclusion of unpredictable factors that could contribute to set-backs on both sides, reminding us just how consequential the fog of war can be.

The lessons our group learned from the wargame at RAND provided us with a clearer perspective of the risks in the Baltic region as well as the risks of Russian adventurism. It was a wonderful opportunity to spend this extra time with several Rumsfeld Fellows who came from all sorts of backgrounds and were therefore able to contribute to the scenario with a variety of perspectives. By interacting with them in a non-typical networking environment, we weren’t just learning about each other’s interests and resumes, but we were experiencing each other’s aptitudes and capacities in a defense and security context. This allowed for deeper, more thoughtful conversations throughout the rest of the conference. 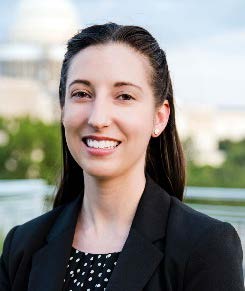 Cherise Trump - Fellow 2019-20, Georgetown University - M.A. in Security Studies
Cherise Trump is an Associate Director of Coalition Relations at the Heritage Foundation where her portfolio includes foreign and defense policy, immigration reform and criminal justice reform. She is currently attending Georgetown University's Security Studies Program and concentrating in Military Operations. Previously, Cherise was the Program Manager of the Alexander Hamilton Society and received her BA from George Mason University in Government and International Relations. Cherise intends to continue working in the policy field while also participating in projects that focus on long-term strategic defense planning.