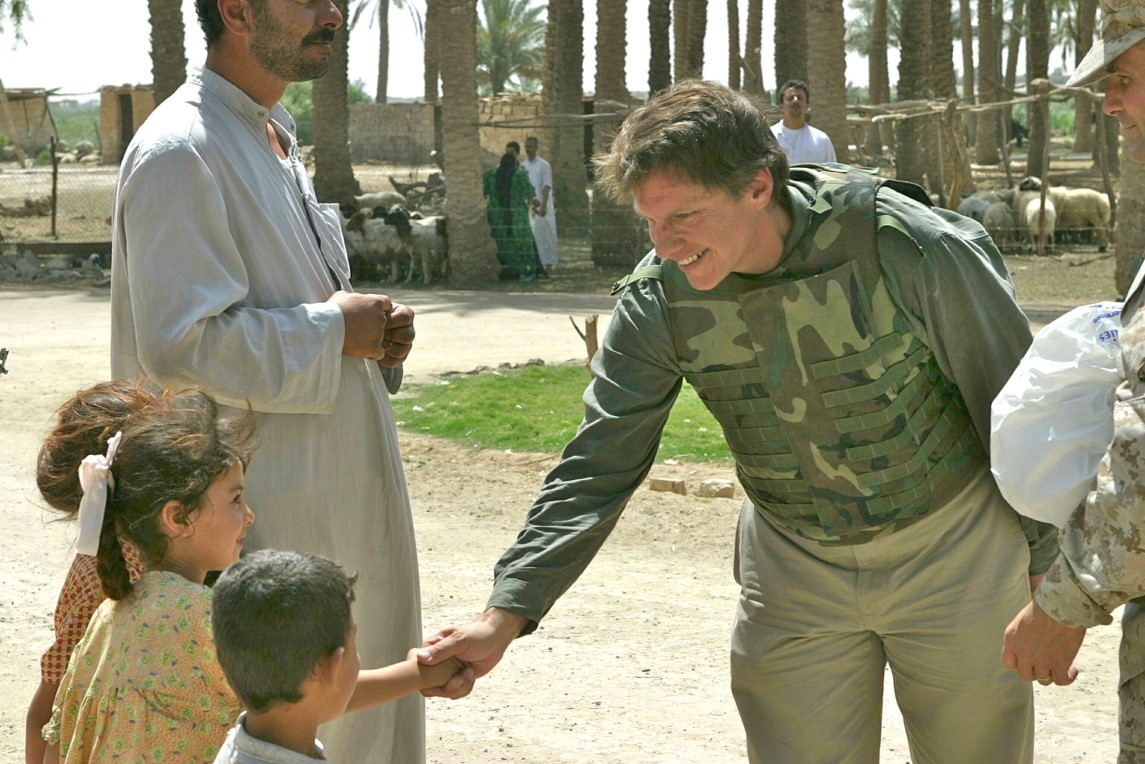 Following the 17th anniversary of the attacks on September 11th, we are pleased to share a special edition "Service Series” blog post featuring insights from Jim Hake, CEO of Spirit of America, a longtime military charity partner of the Foundation. We hope you enjoy reading about how Jim’s experience on 9/11 transformed into the creation of Spirit of America and its unique mission to support U.S. missions abroad.

On 9/11 I was shaving and getting ready to take my children to school when a friend called and said to turn on the TV, something terrible was happening. I watched the attacks with anger, sadness and disbelief. But those feelings soon turned to resolve. I committed myself to do something to help America, and the ideals for which we stand, prevail. I wanted to stand up for what we stand for. I viewed America’s freedoms and ideals as the world’s best hope. I knew that my children’s future depended on America prevailing over adversaries who have a dark and regressive view of human liberty and dignity.

At the time I was an internet and technology entrepreneur. I didn’t have any military or government background. So, it took time to understand what I could do that would actually help.

My “lightbulb moment” came one night when I stumbled upon a National Geographic TV show about a U.S. Army Special Forces team in Orgune, Afghanistan. The soldiers’ mission was to find and fight down Al Qaeda. Part of the show told the story of Sergeant First Class Jay Smith and how when he saw the needs of the local villagers – blankets, sandals, clothing, school supplies, sports equipment – he would call his wife on his satellite phone and tell her about them. Jay’s wife would then raise money from family and friends, buy the needed goods, send them to Jay, and he and his soldiers distributed them to the villagers. This small-scale, highly-targeted assistance was very meaningful to the villagers. I was deeply impressed by Sergeant Smith’s initiative. He was not deterred by the inevitable limitations of government and military systems.

It occurred to me that he and his soldiers were de facto American ambassadors and that they often had more impact on how America was perceived overseas than our official ambassadors. I thought there had to be other Americans serving abroad who, like Sergeant Smith, wanted to assist local people and just needed some help to do it. I knew that many Americans would jump at the chance to help if they only knew what was needed.

It was a simple idea: listen to those on the ground and what they said was needed, then share those needs with Americans who want help. To validate this idea would be useful, I tracked down Sergeant Smith through the producer of the show and flew to Fort Bragg to meet him. I told him the idea: when service members like him needed something to help the local population, things that the government couldn’t provide, they could contact me and I would use the internet to get people to help.

Sergeant Smith told me, “this will save lives.” He explained that because of the trust and goodwill he and his team built with the villagers of Orgune, the villagers formed a night watch patrol to protect U.S. soldiers from Al Qaeda who had been crossing the Pakistan border at night and firing rockets on their camp. The rocket attacks soon stopped. Lives were saved. When Sergeant Smith told me that, I knew I wouldn’t forgive myself if I didn’t try to make this idea happen.

I got started the next day. I called the organization Spirit of America (SoA) to reflect the initiative, optimism and generosity that so define the American ethos. At first, SoA was only me working in a spare bedroom in my house: emailing deployed troops, doing crowdfunding on our website and then getting the troops what they said was needed.

From there, things snowballed.

Spirit of America now has an all U.S. military veteran field team that works on the ground, alongside U.S. troops and diplomats in many of the world’s toughest places. We’ve provided support to U.S. missions in 58 countries through more than 900 projects. Getting just the right assistance to just the right people at just the right time: metal detectors, first aid kits, livestock health assistance, vocational training, scholarships, equipment for radio and television stations. Everything in response to local needs identified by U.S. troops and diplomats. Everything to support their safety and success. We have added America’s entrepreneurial speed and flexibility to support U.S. missions abroad. We’ve pioneered an unprecedented partnership with the U.S. military. Nearly 20,000 Americans have contributed more than $35 million to make it all happen.

Spirit of America has helped U.S. Special Forces save countless lives and defeat ISIS in key parts of Iraq and Syria. We’ve helped our troops prevent war in Niger in West Africa. And, we’ve helped U.S. troops, diplomats and their partners counter Russian aggression in Ukraine and Eastern Europe.

The greatest result, however, is that we have proven what can happen when our citizens have an opportunity to serve our great nation. So-called ordinary Americans can have an extraordinary impact. And, there’s another benefit that is just as important. When our citizens serve, even in small ways, it transforms them from spectators to participants and investors. It’s happened to me and all those involved in Spirit of America. This builds more informed and engaged citizens and strengthens America’s civic fabric.

America faces many challenges. Some seem insurmountable. To meet these challenges, we must unlock the potential of our citizens and provide them new ways to serve the nation. Too often, government acts like a closed system that stymies citizens who want to help. Seventeen years after 9/11, the need to tap into the spirit of America is greater than ever. 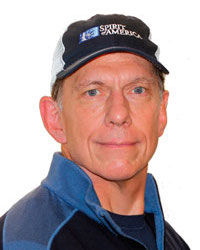 Jim Hake founded Spirit of America in response to the attacks of 9/11. SoA is a citizen-funded 501c3 nonprofit that provides humanitarian and economic assistance in response to needs identified by U.S. troops and diplomats serving abroad. Prior to Spirit of America, Jim was an Internet entrepreneur. He founded Access Media, one of the first Internet media companies, and sold it to SOFTBANK Forums. It was later incorporated into Ziff Davis. In 2000 and 2001, Jim was named a “Technology Pioneer” by the World Economic Forum. He is a member of the Council on Foreign Relations, an Honorary Member of the U.S. Army Civil Affairs Regiment and a member of the State Department’s Stabilization Advisory Council. Read his full bio here.