Insights from "America in the World" with Bob Zoellick

If you’ve picked up a copy of Rumsfeld’s Rules, you may recall reading the following lines, “I’ve found that many who excel at leadership learn from people who aren’t even alive. They read history, and most of all biographies. To paraphrase Benjamin Disraeli, ‘read biographies, they are history without the theory.’ Good leaders instinctively want to understand how the great men and women in history achieved their successes and I hasten to add, how to learn from their mistakes. The best leaders often have those they look up to as examples.” Our founder was an ardent believer in the importance of reading history and gleaning wisdom from past leaders. With that perspective in mind, we were pleased to host Bob Zoellick, Senior Counselor at Brunswick Geopolitical, to discuss his latest book, "America in the World: A History of U.S. Diplomacy and Foreign Policy," at our recent 2021 Graduate Fellowship Conference. Find below some of the key takeaways from Zoellick’s book that he shared with our conference attendees − a deep dive into the processes and lessons learned from our nation’s most influential and skillful foreign policy leaders throughout history from Benjamin Franklin to Dr. Henry Kissinger.

On why he wrote the book…

“In large part, I wrote this book for people like you. When I was in government, I drew upon history as I was trying to think through problems, and I wanted to encourage others – particularly the next generation. As all of you are probably well aware, many foreign policy courses focus on international relations theories. Well, theories are fun to debate – they are intellectually challenging – but what I was trying to convey was that in my experience, whether it be German unification or trade strategy or China policy or genocide in Darfur, or World Bank and development issues – the relevance of IR theory was peripheral.

I wanted to convey the reality of people and practical problem-solving with the detail that goes into these questions – as opposed to more general thematic ideas about foreign policy. I also wanted this book to show the pluralism of American ideas and experience in foreign policy.

The first 150 years of American history are full of fascinating people and events that we don’t want to consign to the distant parts of history.…In considering the questions that you are asking – such as what will be the critical issues for the United States – I’d suggest looking at what happened in the past. You might be able to draw some insights from that experience.”

On the tradition of America’s purpose…

“The best anecdote I can give you to have a sense of this is, for those of you who still carry wallets, someday take out your wallet and look at the back of a dollar bill. You’ve probably never examined it closely, but that is the Great Seal of the U.S. On the reverse side of the Great Seal: you’ll see this unfinished pyramid – notice, it is unfinished. Above it is the eye of Providence and below it is the phrase: ‘Novus Ordo Seclorum,’ meaning: ‘new order of the ages.’

From the very start the Founders were thinking in big terms. It is my thesis that the notion of that American purpose evolves and changes over time.” 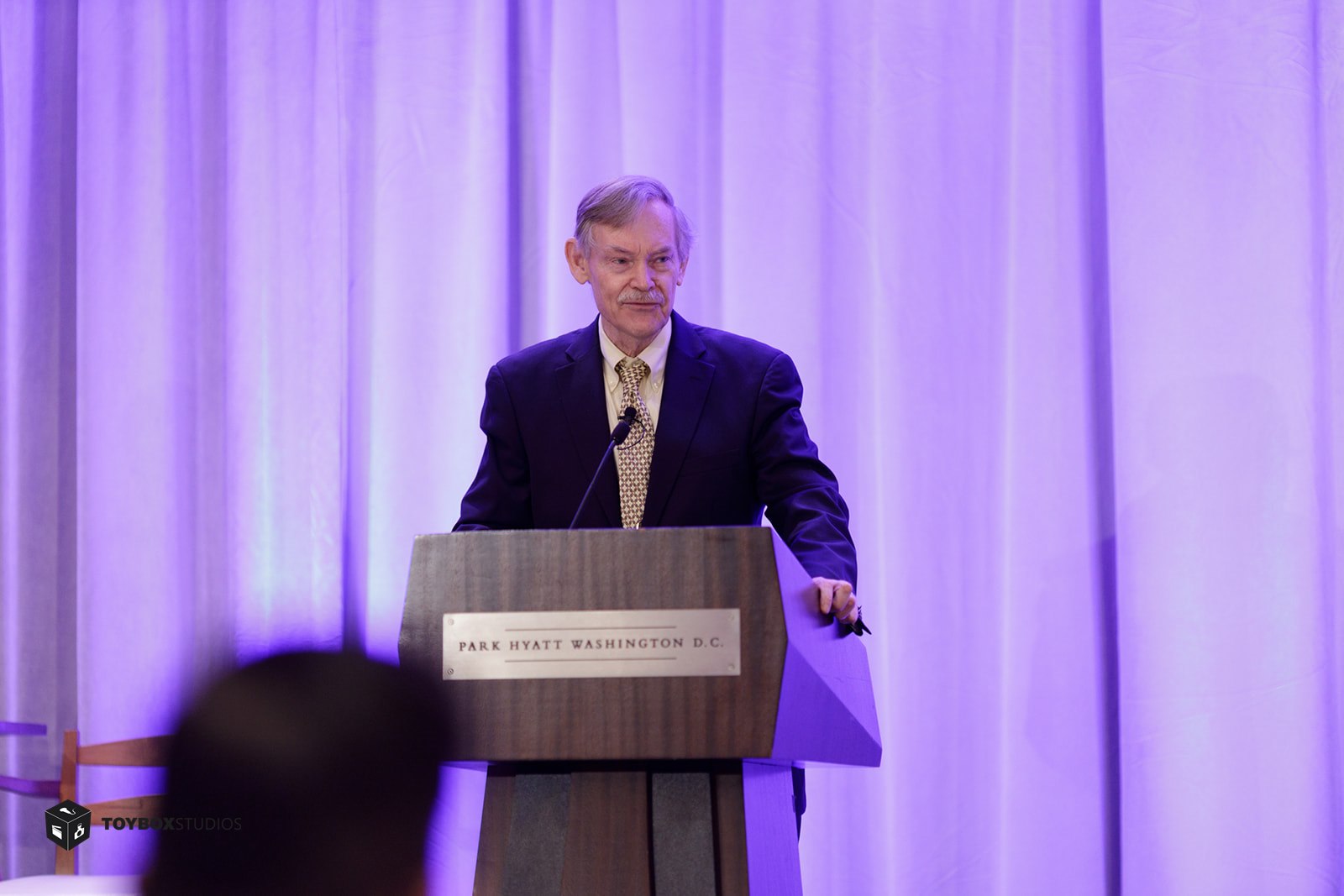 “One is, what is the international environment in which the U.S. is operating?

Second is, what will the American public support – how will they engage in this venture?

Third is some notion of an aspiration for freedom – some larger purpose that is part of our being.”

“Students enjoy the book because after years of critical studies they like the idea that people can actually solve problems. Imperfect results in a far from perfect world are okay. One of the lessons is that you never totally solve problems – whatever challenge you are wrestling with, you are planting the seeds for the next series of challenges. But there is an optimism: rather than looking at history as a series of timeless obstacles, try to see how you can make something better.

This theme of pragmatism – which, for those who know about philosophy, you know its American origins – uses experience to get results. In the diplomatic sphere, pragmatism requires a sense of power, whether it be economic, military, technological, votes…then one has to know how institutions and processes work. You might have a grand idea, but how are you going to get it done? A sense of timing is important, too. These are some of the practical steps.”

On openness as a strength of American society…

I work with a number of companies that are cutting edge. It is striking to me how many of them are led by immigrants who came as children, or children of immigrants. When we think about our universities – yes, you want to be careful about subversion or espionage, but we have to get a balance here so we don’t close off America to students.”

On the importance of looking outside of Washington, D.C. and the government…

“When you look at the U.S., don’t just look at Washington and government – because our system was designed to keep energy and entrepreneurial innovation in the private sector. Whether it be fracking, which totally changed the energy market 10-15 years ago, or tech innovation, vaccine development – private sector innovation is a key part of America’s resiliency.

Recall that the world of 1776 was one of empires and mercantilism. The U.S. Model Treaty of 1776 wanted to pry open space for private actors – whether merchants, missionaries, soldiers, engineers, or later civil society groups and NGOs. To understand America in the world, one needs to recognize the roles of private actors.”

On the Graduate Fellowship Program and working with our late founder…

“It is a particular privilege to be here with all of you because having worked with Donald Rumsfeld, I can see why this program would have been especially close to his heart. To be blunt – as Don Rumsfeld liked to be – he liked smart people. But he also liked people who worked hard. And as you heard in the opening remarks...he wanted to encourage people who did their homework and liked pushing intellectual edges to engage in the rough and tumble of public service – and it is rough and tumble.

...Donald Rumsfeld was always testing people, always trying to sharpen people. It wasn’t done in a hostile way, it was done in a way to encourage them to grow and ask questions that they might not have asked – and I always appreciated that he always did it with a wit and sense of humor. I think this program is a wonderful development of the Rumsfeld Foundation and I am pleased that you can interact with one another over time to reap the benefits of it.” 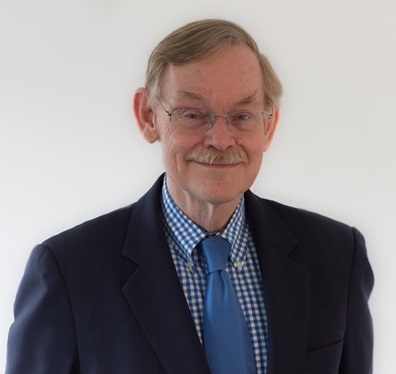 Bob Zoellick is Senior Counselor at Brunswick Geopolitical, an advisory service of Brunswick Group, and a Senior Fellow at the Belfer Center for Science and International Affairs at Harvard University’s Kennedy School of Government.  In addition, Zoellick serves on the boards of Temasek, Singapore’s Sovereign Wealth Fund, Robinhood, and Twitter, Inc., chairs the International Advisory Council of Standard Chartered Bank, and is on the Strategic Council of Swiss Re.  He is a member of the boards of the Peterson Institute for International Economics, the Wildlife Conservation Society, and the Carnegie Endowment, chairs the Global Tiger Initiative, and is a member of the Global Leadership Council of Mercy Corps, a global humanitarian agency. 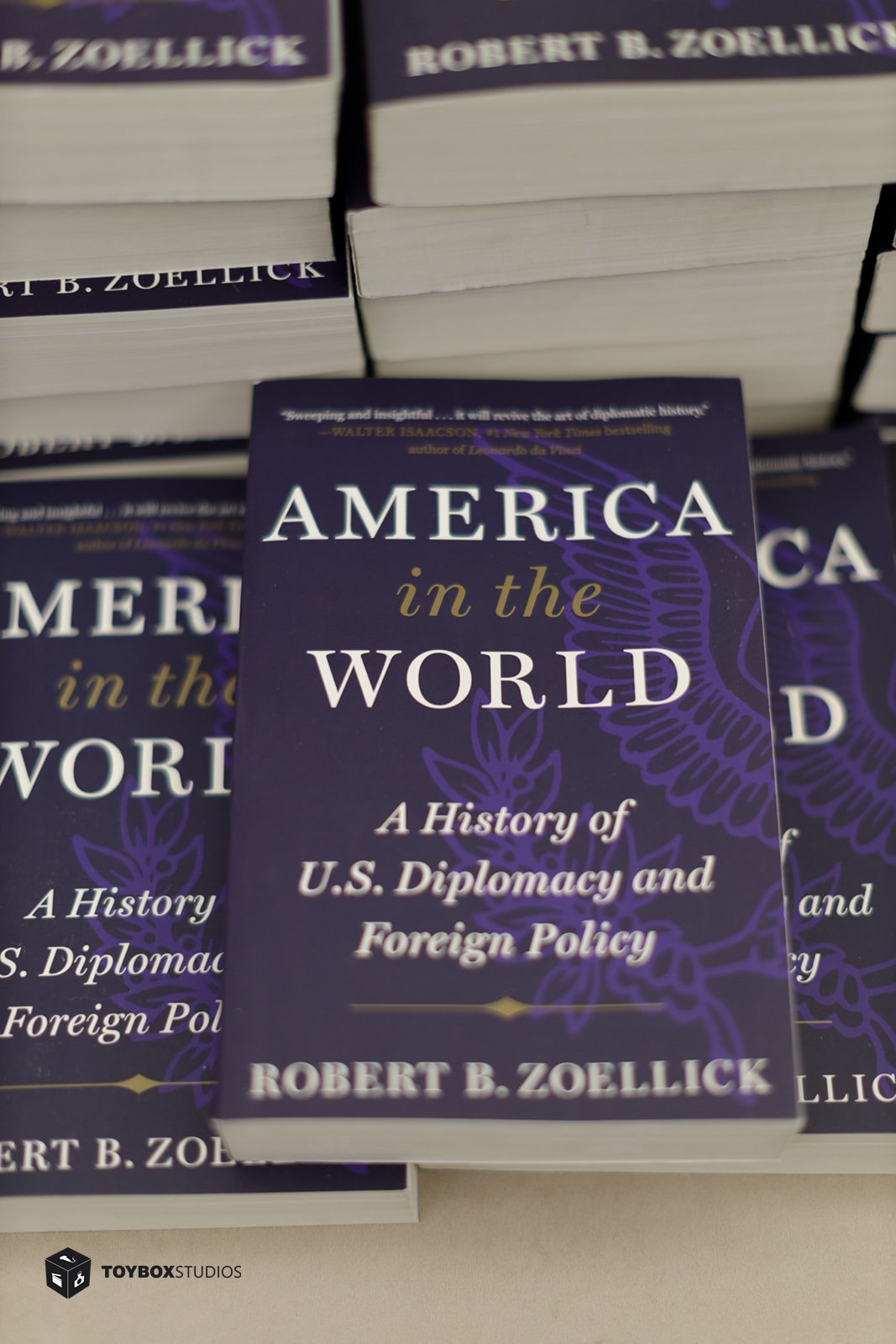 Zoellick was the President of the World Bank Group from 2007-12, U.S. Trade Representative from 2001 to 2005, and Deputy Secretary of State from 2005 to 2006. From 1985 to 1993, Zoellick served as Counselor to the Secretary of the Treasury and Under Secretary of State, as well as White House Deputy Chief of Staff. He published his book, “America in the World: A History of US Diplomacy and Foreign Policy” in August 2020.