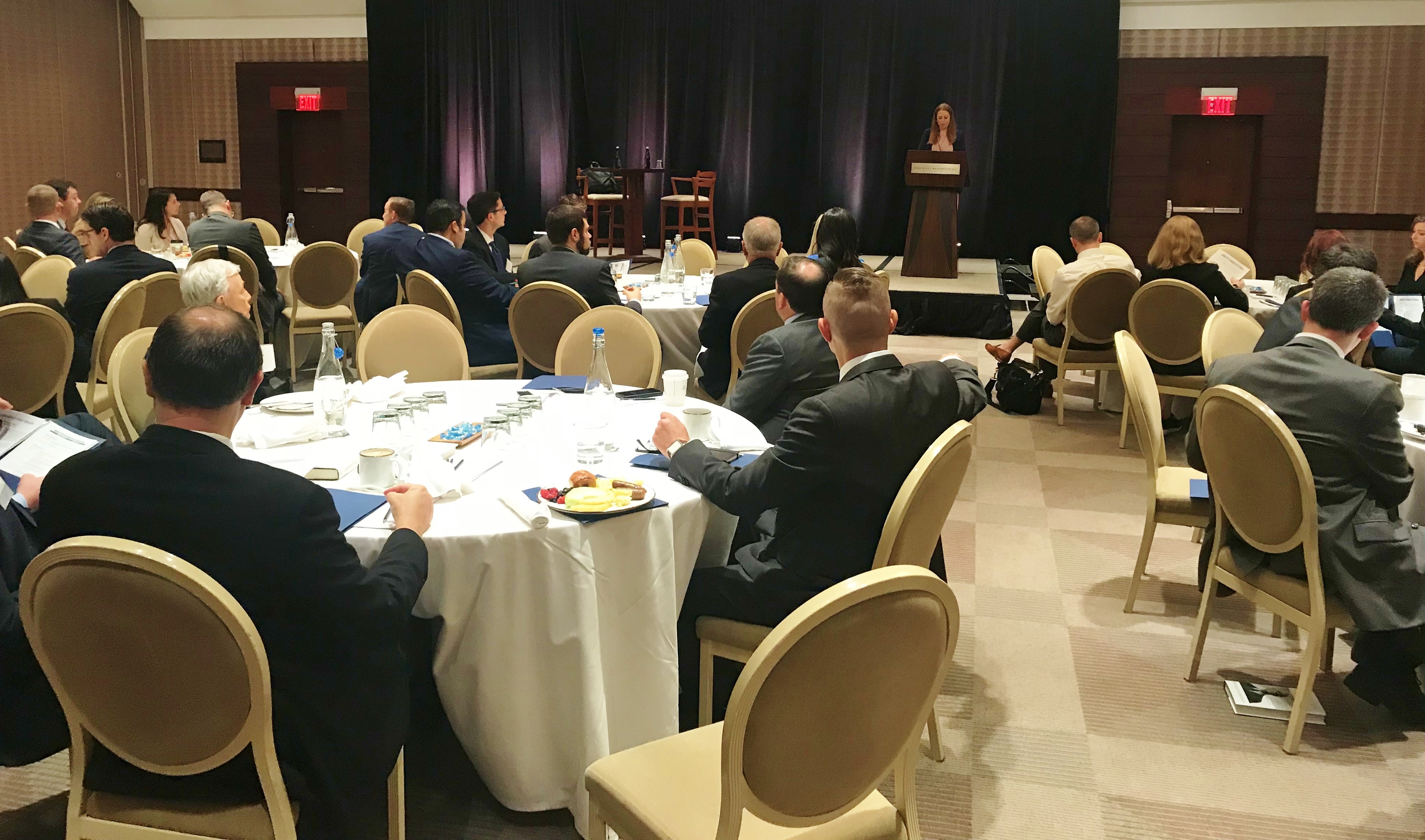 Washington, D.C. – On September 20th-21st the Rumsfeld Foundation hosted its sixth annual Graduate Fellowship Conference in Washington, D.C. Participants included 60 current and former Fellows, as well as 15 Advisers from across the country. Events began Thursday evening with an “Open House” hosted at the Foundation office by Don Rumsfeld which was followed by a Welcoming Reception where Fellows and Advisers had the opportunity to connect before Friday’s activities.

Formal conference sessions commenced the following morning with welcoming remarks from Mrs. Sarah Tonucci, Executive Director of the Foundation, as well as opening remarks from a former 2015-17 Graduate Fellow at George Washington University who spoke on the benefits of the Program and Fellowship Network. Throughout the day’s discussions participants had the opportunity to learn from a number of experienced leaders whose remarks reflected on their careers and offered guidance based on their own journeys over the years.

Following breakfast, Dr. Steve Cambone, Foundation Board Member and Vice Chancellor of the Texas A&M University System, conducted an engaging interview session with General Richard Myers, President of Kansas State University and former Chairman of the Joint Chiefs of Staff. General Myers, who began his military career as a combat pilot and retired as a four-star General in the U.S. Air Force, offered his insights and advice for rising leaders from his wide-ranging experience, as well as remarked on broader national security issues of the day.

After General Myers’ remarks, Mr. Doug Conant, best-selling author and Founder of ConantLeadership, shared his perspectives on effective leadership practices for the new millennium, informed by over 40 years of leadership experience with world-class global companies. Mr. Conant challenged participants to be intentional leaders both in and out of the work place and to “make a contribution that transcends the ordinary.”

Following informal discussions over lunch, the afternoon’s five breakout session speakers, principled public servants from a variety of sectors, participated in a lively panel discussion focused on reflections and lessons of leadership informed by their own backgrounds and careers. The panel was moderated by the Foundation’s Program Adviser at Claremont Graduate University, who was introduced by Mr. Ben Judge, 2013-15 Graduate Fellow at Claremont Graduate University and Founder and CEO of Sightline Maps.

After a final gathering for further networking and conversation over coffee, the Conference concluded as Fellows, Advisers and several speakers gathered for a formal reception and dinner where Sarah Tonucci made closing remarks.

View photos from the Conference on our Flickr page.

Since 2008, the Foundation has provided 160 Fellowships totaling over $2.5 million to 130 graduate scholars, all with an interest in public service or policy-relevant fields.