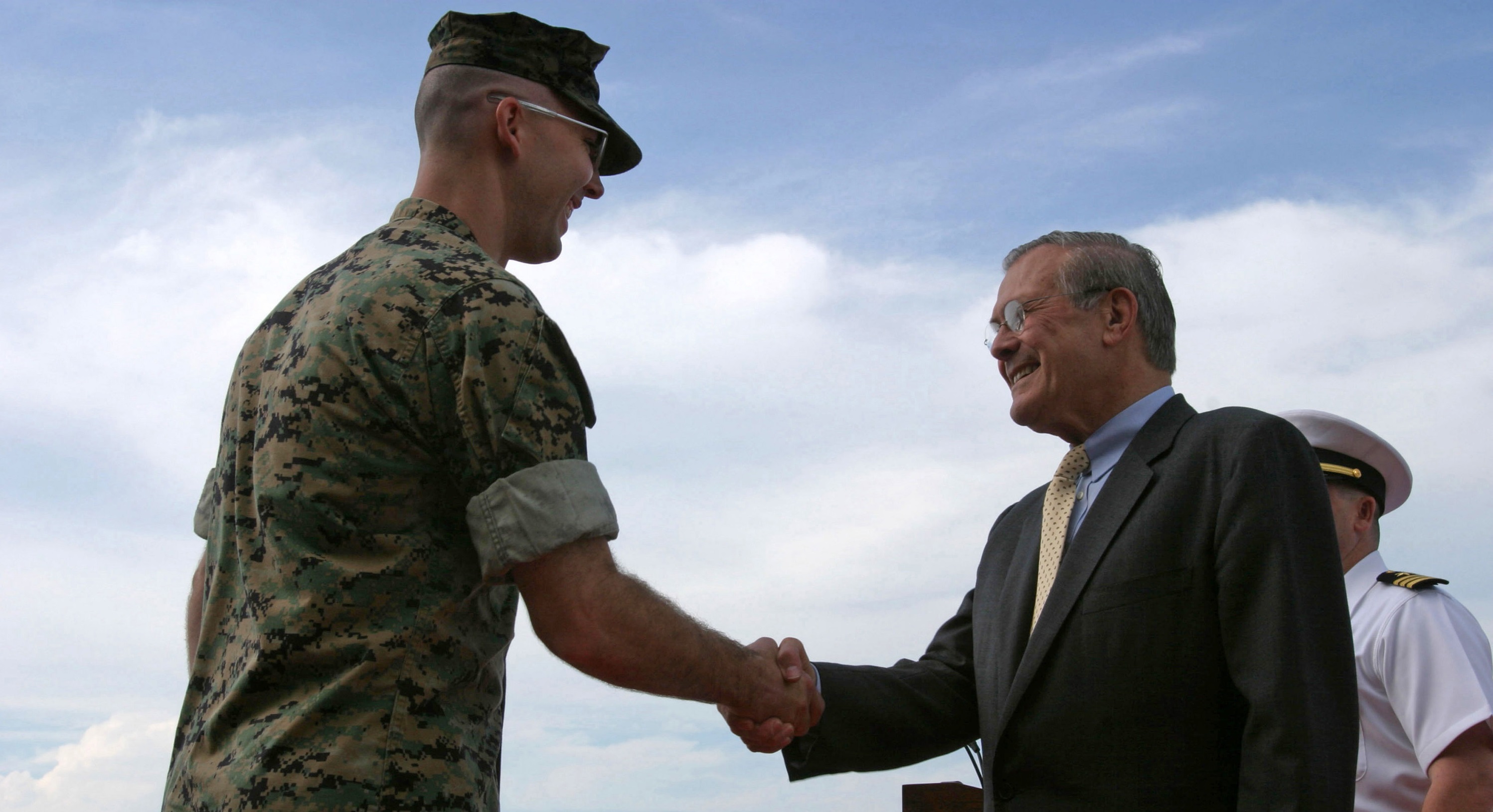 Upon the initial publication of our founder’s memoir, Known and Unknown, and the launch of the app, Churchill Solitaire, Don Rumsfeld announced that all of his profits from the sales of these two projects would be donated to the Foundation in support of its grantmaking to military and veterans organizations. Today we are pleased to report that the Foundation has received more than $1 million from these two initiatives to date.

Recipients of these profits over the years have included dozens of military charities offering an array of services and programs in areas that we believe are particularly valuable for service members, veterans and their families. Grantees selected by the Foundation commonly work to honor and empower the nation’s military community and are identified for their high-quality and high-touch efforts. Learn more about some of the organizations that the Foundation supports here.

Since its establishment in 2007, the Rumsfeld Foundation, in combination with support from the Rumsfeld Family Fund, has provided grants totaling over $6.2 million to military and veteran-serving organizations.   Read more about our support here.

This month also marks a decade since the initial publication of Known and Unknown. To commemorate this special anniversary, we recently released a blog featuring excerpts highlighting life experiences that shaped Rumsfeld’s values and beliefs, and eventually served as inspiration for the mission and work of the Foundation. Read more in Inside Known and Unknown: Moments Inspiring our Mission.

On Known and Unknown:

Published in February 2011, Known and Unknown spent 8 weeks on The New York Times bestsellers list and debuted at #1. Rumsfeld’s memoir recounts his extensive career in and out of public service as well as his observations on eight decades of U.S. history. It was deemed “the first political memoir of the Information Age” - written using a vast document archive, from Rumsfeld’s parents’ letters back and forth during WWII to the 20,000 “snowflakes” dictated during his time as SECDEF in the George W. Bush administration and everything in between. It contains more than 1,300 endnotes - including many primary source documents which can be found at www.rumsfeld.com.

Launched in January 2016 in partnership with Churchill Heritage Ltd. and digital agency, Javelin, Churchill Solitaire was developed based on a card game British Prime Minister Winston Churchill reportedly played throughout World War II. Churchill Solitaire became the fifth most downloaded game in the world the week of its launch and has gone onto be one of the most popular and challenging solitaire apps. For more information on Churchill Solitaire, visit churchillsolitaire.com and download the game on your mobile device from the App Store for iPhone, iPad and iPod touch as well as Google Play.

Read about the unique story behind the app’s creation